In a world where young children are addicted to technology and social media, barely spending time outside, it’s not too surprising that there is mental health is becoming an increasingly difficult problem in young children around the world. 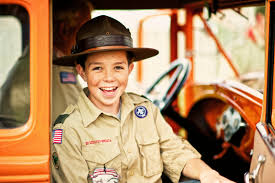 Some people from older generations attribute this to children spending too much time indoors playing video games or spending time on social media. As a result, the children end up lacking in skills such as problem-solving and learning how to be independent. Not only is today’s culture physical unhealthy, but, it is also taking its toll on children mentally. It’s reported that feelings of loneliness, depression, and anxiety are much higher than they used to be. You only need to look at high levels of depression among freshman college children these days when they first move away from home and have to tackle real-world issues.

Founding of the Boy Scouts

Boy scouts were first introduced as a way of building character traits such as independence, self-confidence, community engagement and resilience among young boys. They also needed to learn vital skills such as survival skills, problem-solving, co-operation, organization and quick decision making. Boy Scouts are expected to learn to work together with their team members and often in the outdoors where they have to complete challenges.

Boy Scouting was designed to be both mentally and physically challenging, thus building up both mental and physical strengths. A study in 2017 found that for a sample of 10,000 males in the UK, participating in youth clubs and programmes when they were young correlated with better mental health by the time they reach 50. The men who were Boy Scouts when they were younger, had 18% lower risk of developing mental health disorders like anxiety.

There is evidence from research studies that show that joining collaborative, engaging youth programmes such as Boy Scouts can reduce the effect socio-economic inequality has on mental health. Because young children are exposed to collaborative efforts with their peer groups earlier on in life, they have more time to develop their character to feel resilient to injustices in life. They have more experience blending in or fitting in so that by the time they reach adolescence, they would have adjusted well to their peer groups.

Furthermore, boy scouting encourages ‘active learning’ or learning as you go. This means the kids are able to tackle any issue that comes their way even if they have no prior experience in tackling it. This method of learning, as opposed to traditional class-based learning, encourages children to improvise and think on the spot instead of remembering something they learned already.
You can find more information about how being a Boy Scout can benefit a child in the following interview with Richard Stockton of the Boy Scouts of America.

Problems that still need to be tackled

Looking at the psychology of boy scouts is very interesting because there are so many patterns and results in behaviour. It is interesting to look at different perspectives. It would make a fantastic topic for psychology essay writing.

Boy Scouts are a great way to get a young, impressionable child to engage with the community and strengthen character traits such as independence and resilience. However, they don’t solve all issues. As with any topic in psychology, it is hard to pinpoint exact human behavioural patterns. Human behaviour is still quite unpredictable.

Some children may actually be negatively affected by joining Boy Scouts. But, this isn’t a flaw of the Boy Scouts, it is a problem with any youth club or programme where kids have to work in groups. For some children who may be rejected from their peer groups because of things like weight or skin colour, it can leave a permanent scar on their mental health. This is why Boy Scouts are paying more attention and resources into developing and tackling mental health in young children. 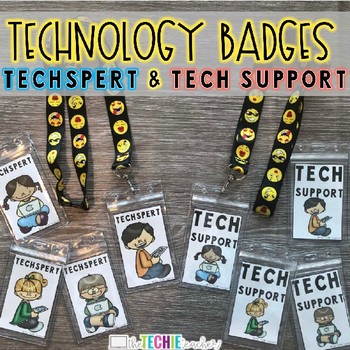 Scouting is one of the largest volunteers involving young people. The existence encourages them to live at their fullest potential, involve in society and have a better life. Activity badge is for volunteers regardless you are Scouts, Beavers, Explorers or Cubs. The programmes involves fun, adventures and exciting activities. It has been around since the 1800s, this shows how much it has an impact on society.

What do they do?

For those who take part which mainly young people, will be participating in a programme which fulls of activities from outdoor to indoor, from paragliding to coding. Thus by involving such a programme, it will help to develop the youngster character such as teamwork, problem-solving, people skills, or even first aid and cooking. After many years of programmes it does shows a good result and it works. In the long term, the participant will have added value in themselves whereby having good grades is not the only things that matter now.

The cost would vary depends on the programmes or group. Usually, you can pay either by weekly or monthly or even annually. Generally, the fee will cover the hiring or meeting place. So for other activities such as camps, trips will be additional charges.

○ Scouting is well education plan programmes which consist of five sections:
○
○ Experiment Activity Badge – Beavers
○ Youngest members from age 6 years to 8 years old
○ The activities are more relaxed as they are new in exploring outside the home and family. It involves such as singing, games and outdoor activities such as camp and sleepovers which will involve more fun and excitement. Not much on problem solving or difficult task.
○ Scientist Activity Badge – Cubs
○ Under Cubs, will involve from age 8 years to 10.5 years old.
○ The group may as big 36 cubs but will be split into smaller groups of six.
○ The activities will much wider where involve more challenging and interesting. Will involve more outdoors and games
○ Electronic Activity Badge – Scouts
○ Members will be range age of 10.5 years to 14 years old.
○ Each scout consists 6 to 8 scouts which will be called as Patrol and there’s Patrol Leader to led.
○ It will be much more challenging activities. Towards the end of the years, Patrol will be equipped with a variety of skills such as preparation for camp, map reading, first aid, and cooking.
○ On top of that, they will be experiencing international experiences, rock climbing, gliding and many more.
○ Science and Technology Badge – Explorers
○ Scouts will be from age 14 years to 18 years old.
○ The section will be developing more on leadership skills. Whereby they are able to make a decision for themselves and the direction, but they will still have guidance and support from the leaders.
○ More exciting and challenging outdoor activities such as expeditions, offshore sailing, and campaigning.
○ More than 40 activity badges
○ Scout Network (final)
○ Age 14 years to 25 years old.
○ This is final for scouting. Definitely involve various activities and will be done by themselves on top of having the help from Scout Network Leader.
○ Outdoor activities mostly will be hiking, watersports, camping, and sailing.

Scouts have proven for years it’s effectiveness. Parents are part of important roles to make this happens. Aside from paying and sending them, involvement and give support is an essential backbone for the young.

It will build leadership skills, learning to take responsibilities, confidence, making choices. These are important life skills that can never be taught in the classroom. By having these, we are preparing them for better adult life and a better society.

Whether there are beavers, cubs, scouts or explorers, you can get science-themed activity badge. How you can earn your badge? However, you have to do following steps. Moreover, encourage students and arrange them available resources that are required for their research. Therefore, it will be better for the students who are at the learning stage. Competition at such learning age is better for their future as they will be more creative and genius.

You have to notice the reactions of different items. Let’s start with the vinegar. See how vinegar reacts with the different substances. Moreover, explain the reaction to your group and staff members. These substances can be sodium, potassium, calcium carbonate, coal, or water.

The easiest way to getting a science badge is to make some experiments with energy. However, there are many ways such as you can make an electric circuit with some wires, buttons, and transistors with an attached battery. You can easily find out the process with the following video:

Furthermore, you can add an electric bulb with some features with it. There are small electric motors in homes which can be used to create a table fan. Here’s the related video

Try to produce some with creativity with the stuff that is available to you. Make an air rocket with air pressure inside it and analyze how far it goes? Moreover, there are quadcopters very common in today’s world. Try to make a quadcopter and achieve your science badge. It looks more like a drone if you add a camera on it. Here’s the link and find out how to make a quadcopter?

There is a lot of ways for the science scouts to achieve the badge. The students of investigation and technology have created more opportunities for the scouts to research. Investigation on living things means you have to search on different living conditions that a normal human or other living species undergo. However, find the accurate pulse rate of a different species and present it to you seniors. Make a report on different animals that are living in a colony on a weekly basis.

However, there are plants and pests that are related to each other. Do a search on which plant has more benefits for making medicines. Do check the blood pressure rate of several persons. However, make quick notes about which items cause diabetes? Moreover, find out the ways that how a human body gets the temperature.